BREWERY OF THE MONTH Maduro is a Northern English-style Brown Ale with some American affectations. Higher in alcohol than the common English Brown Ale, the beer features flaked oats in the malt bill which imparts a silky body and works to mesh its roasted, toasted and chocolate components together. The end result is a remarkably full-flavored yet approachable  Brown Ale that pairs well with mild to medium cigars. 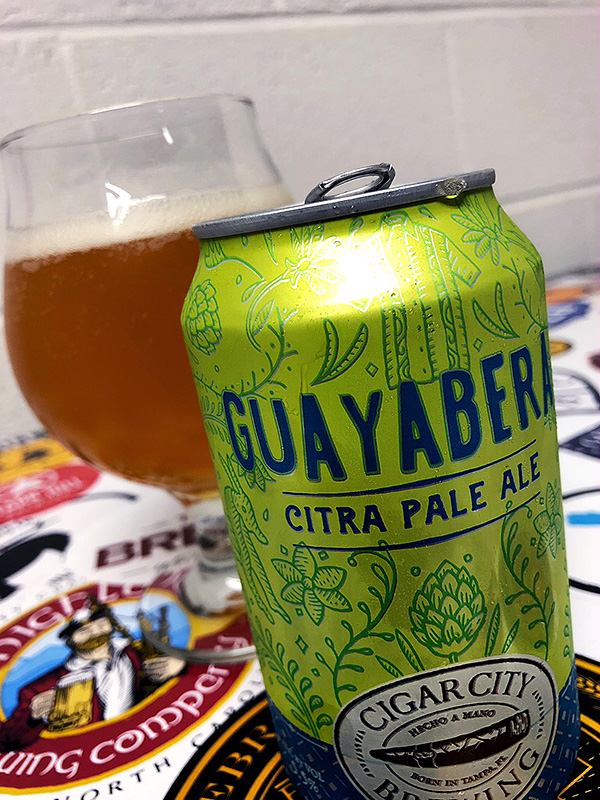 Traditional throughout Latin America, the guayabera shirt combines style, functionality, form and tradition in its four-pocketed design.  We at Cigar City feel the same reverence and appreciation for the guayabera that we do for the Citra hop varietal, an ingredient that imparts notes of tangerine, lime and berries to this traditional American Pale Ale.  The exclusive use of Citra hops in this beer creates a flavor that’s at once unique and recognizable, while it’s dry, crisp character and moderate alcohol make it as refreshing and functional as a crisp linen guayabera. Jai Alai, a game native to the Basque region of Spain, is played on a court called a fronton. Jai Alai players attempt to catch a ball using a curved mitt whilst the ball travels at speeds up to 188mph! Proving they have a sense of humor the Spanish dubbed this game, with its ball traveling at racecar speeds, “the merry game.” Tampa was once home to a bustling Jai Alai fronton but sadly all that remains of Jai Alai in the Tampa Bay area is this India Pale Ale that we brew in tribute to the merry game. The India Pale Ale style of beer has its roots in the ales sent from England to thirsty British troops in India during the 18th century. Pair Jai Alai India Pale Ale with beef empanadas, deviled crabs and other spicy dishes.